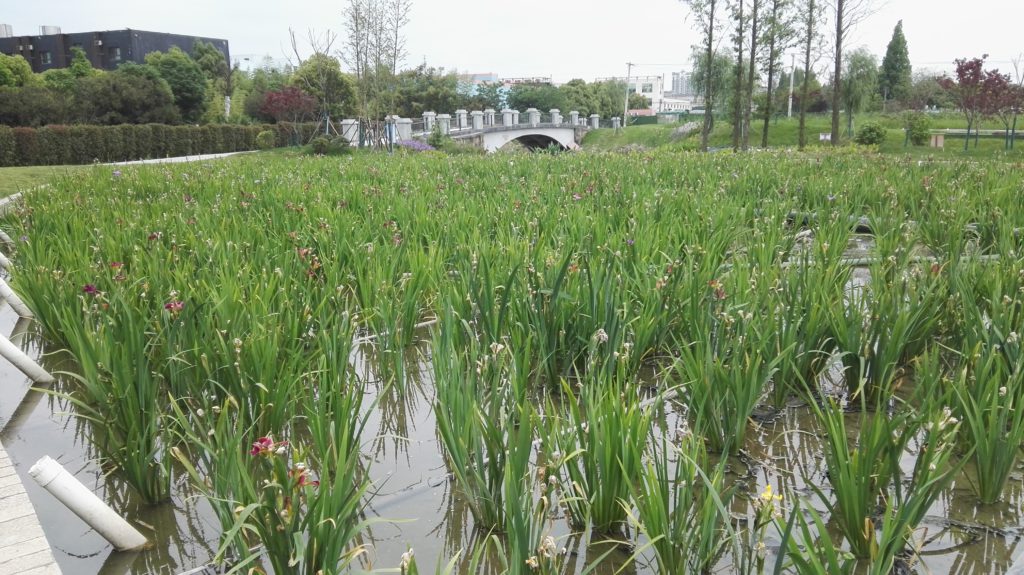 In 2018, a first aerated constructed wetland, type Phytoair, was installed in Kunshan - China for a canal project. This system treats the water of a canal that runs through the city. Many discharges of waste water and overflows from the sewer system flow into this channel. This gave the water a black color and in the summer this caused a lot of odor problems. Together with AKUT (Germany) and DeHua (China), a large water park was designed in which the canal water circulates and is treated. At the end of last year, an article in Aquarama appeared about this project. 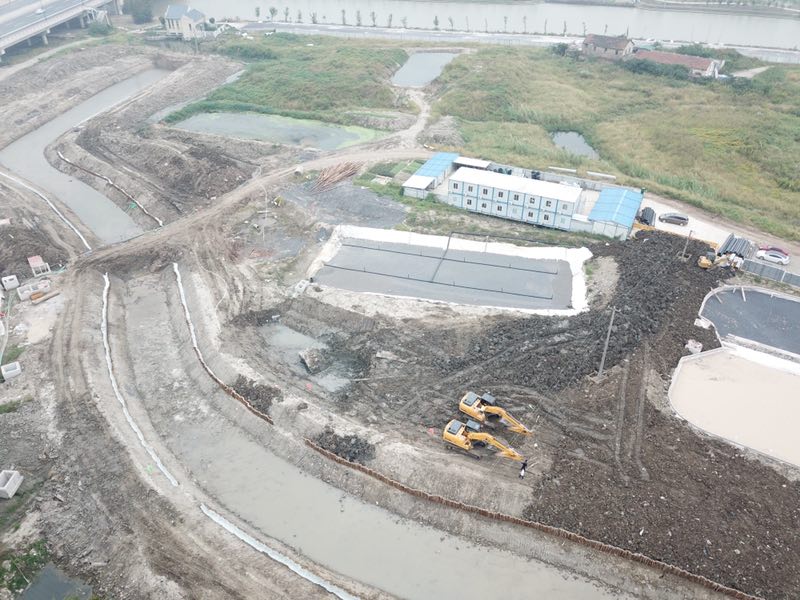 Various samples have now been taken and it appears that the reed beds show excellent results. A second project in Kunshan is now under construction for the Hongshuanglu canal. Again, Rietland designed the aerated Phytoair system. Delivery is expected at the end of 2019 and then the system will go into operation. In 2020, the design of a much larger project is planned: the Tiger Hill project in Suzhou. This project will cover several hectares in total and treat the water of an entire channel before it flows through the canals in the historic center of Suzhou.