At the end of 2016 / beginning of 2017, an aerated reed bed was installed at SASA srl in Rovere Veronese (Italy) for processing the thin fraction of pig manure. Dion van Oirschot designed the aeration system together with Riccardo Bresciani (Iridra). The system consists of 5 basins with a total surface area of 1,800 m², which are built against a mountainside. The cymbals can be connected in parallel or in series to achieve an optimal result. The reed bed was commissioned in March 2017 after the necessary aeration tests. Dion van Oirschot was on site and was able to take some nice photos of the result. 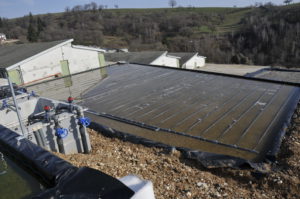 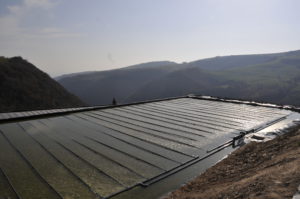